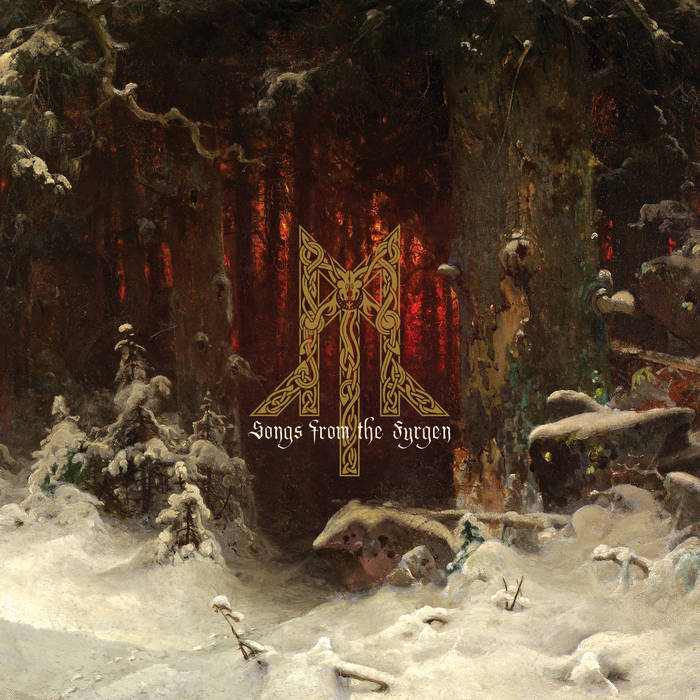 dag_nabbhett how do you really explain to somebody else how a particular sound, nuance, perspective, appeals to you?.....that being said, i fucking love this.

Grendel's Sÿster Folky melodies, well-arranged & subtly orchestrated. This album has a rare atmosphere of both organic beauty and melancholic grace.

solidkarma Gorgeous neofolk that can flawlessly incorporate modern technology like synthesizers and clean production in such a way that perfectly complements the earthen forested landscapes that the music at it's acoustic core is painting. Combine this with strong melodies and you obtain not just a lush tribute to England's pagan past, but also a revitalizing work of modern pagan music that proves what is past is never lost. Favorite track: The Fyre-Bough.
more...

WOLCENSMEN is the Epic Heathen Folk project brought into being by Dan Capp, also known for his role in WINTERFYLLETH and as an album and logo artist.

'Songs from the Fyrgen' is a debut album several years in the making – an acorn that eventually found its clearing. Featuring performances and contributions by notable musicians from around the World (see credits), Songs from the Fyrgen' serves as both a musical platform and as the passion of an individual.

All English words by Dan Capp, except for ‘The Mon o’ Micht’ (traditional).

Songs from the Fyrgen was written between 2010 and 2015; recorded in England, Germany, Belgium, Norway, Canada and the USA and mixed in England between 2015 and 2016.

Co-produced and mastered in Berlin, Germany, by Grimrik.

outré black metal, with a Victory Over the Sun interview and music from Liturgy and Jute Gyte.